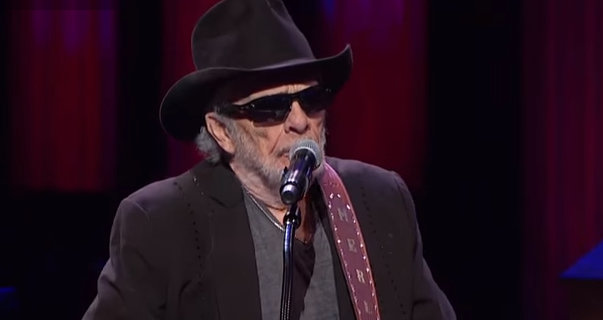 Country legend Merle Haggard, often called “the Poet of the Common Man,” whose music reflected his hardscrabble roots and hard-living ways as well as a tenderness that made him a revered songwriter, has died at his home near Redding, Calif. He was 79. The Associated Press confirmed his death. Haggard along with fellow Bakersfield, Calif., superstar Buck Owens defined the West Coast sound of country music in the 1960s and ’70s.

Emerging from the central California city’s raucous honky-tonky country music scene of the post WWII-era, first recording for the local Tally label and then for Capitol Records, Haggard became a towering figure, producing 38 chart-topping records along with his longtime recording and touring band, the Strangers.

Among his biggest hits were the controversial “Okie From Muskogee” — alternately seen as a reactionary Nixon-era anthem or a good-hearted spoof of heartland mores — as well as enduring and much-covered ballads such as “Today I Started Loving You Again,” “If We Make It Through December,” “Sing Me Back Home” and “Hungry Eyes.”

His uptempo “drinking” songs such as “The Bottle Let Me Down,” “Swingin’ Doors,” “I Think I’ll Just Stay Here and Drink” and “Working Man Blues” helped create the prototype of 1960s and ’70s country honky-tonk hits.