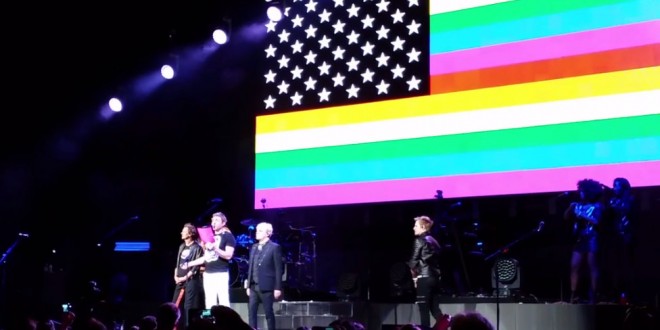 Standing before a giant electronic rainbow flag, lead singer Simon Le Bon drew roars from the audience when he expressed support for LGBT rights and then boos when he mentioned that HB2 makes it legal to fire someone for being gay.

Le Bon: “That’s like saying you can’t come to our concert tonight cuz you have red hair. It’s outrageous.”

Le Bon then introduced Equality North Carolina’s Matt Hirschy, who presented a petition to repeal HB2 to the band members, all of whom signed it.