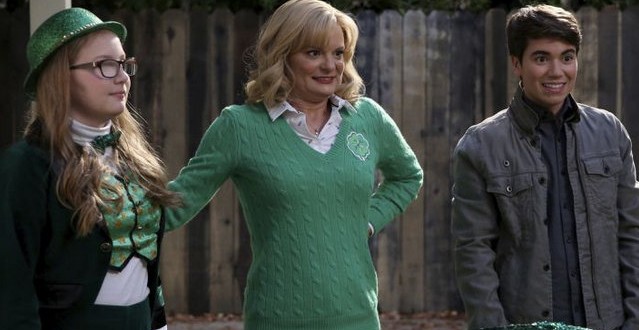 Beginning today, the Catholic League is launching a new campaign against the ABC show, “The Real O’Neals.” Our goal is to kill the show.

Thus far, we have (a) published a New York Times op-ed page ad against the show (b) implored our members to email Disney-ABC executive Ben Sherwood (c) issued news releases on each episode, and (d) granted several interviews. But given a new development, we need to do more.

Those who have been following our objections to the show know that it is not the content of the show that we find most offensive, it is the fact that it is based on the life of one of its executive producers, Dan Savage. The man is an unrepentant, foul-mouthed, anti-Catholic bigot. Now we have learned that Martha Plimpton, who plays the mother in the show, is also an unabashed anti-Catholic.

“The character I play is a homophobe,” Plimpton told the Los Angeles Times, “but she’s a homophobe because she’s based her entire value system on her faith.” She then maintained that Catholicism “tells you that anyone who is gay is going to burn in hell.” She is badly educated.

The Catholic Church’s teachings on homosexuality are no more “homophobic” than are the teachings of Judaism, from which our beliefs on sexuality are drawn. Moreover, the Church teaches that all human beings are equal in the eyes of God. Furthermore, the Church has never proclaimed that any person, or group of persons, is destined to hell.

We knew that Plimpton is pro-abortion, and likes to brag about the two that she had. But we did not know about her bigotry. When coupled with Savage’s bigotry, this demands that we take our response to a new level.

The first salvo in our new campaign can be found in the April edition of our monthly journal, Catalyst: members are asked to write to Sherwood at his New York office. On April 4, we will map out the entire campaign.

UPDATE: This just came in from One Million Moms.