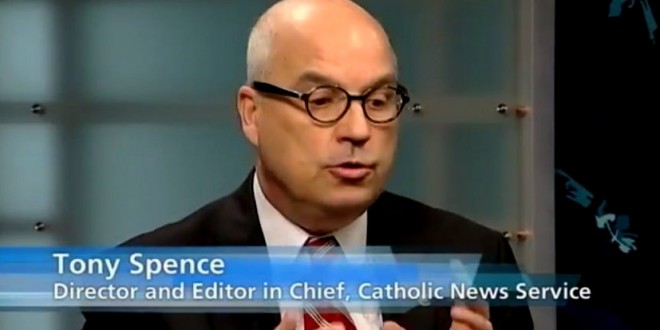 Tony Spence, director and editor-in-chief of Catholic News Service since 2004, unexpectedly resigned from that position Wednesday at the request of a U.S. bishops’ conference official.

In recent days Spence had been attacked by conservative Catholic blogs for tweets he had posted about controversial religious freedom bills in North Carolina and Georgia. These sites accused Spence of “promoting the LGBT agenda.”

“The far right blogosphere and their troops started coming after me again and it was too much for the USCCB,” Spence told NCR in an interview Thursday.

“The secretary general [of the U.S. bishops’ conference] asked for my resignation, because the conference had lost confidence in my ability to lead CNS,” Spence told NCR.

The abruptness of Spence’s departure was surprising and those who know him say Spence feels “shattered.”

Catholic News Service is an office of the U.S. Conference of Catholic Bishops and Spence was a member of the conference senior staff. Though part of the bishops’ conference, the news service is financially self-supporting by “providing news stories, features and reviews to paying clients that are both secular and religious news outlets,” according to a notice on the conference website.