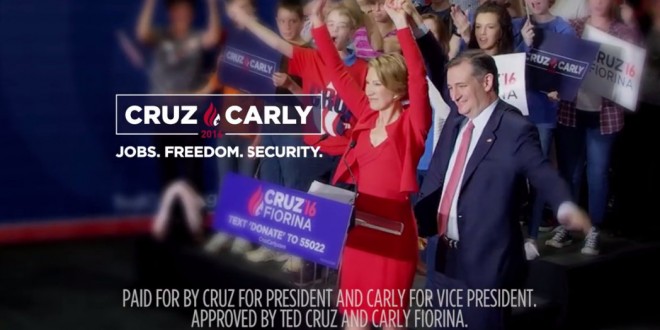 Ted Cruz and Carly Fiorina have released the first advertisement of their joint campaign to stop Donald Trump and win the Republican nomination. The ad features Fiorina, the former CEO of Hewlett-Packard, speaking to the camera over footage her and Cruz clasping hands in victory.

“Jobs. Freedom. Security. They feel out of reach because corrupt politicians have sold us out to the insiders,” Fiorina says. “Neither Hillary Clinton or Donald Trump will fight the system, because they are the system.”