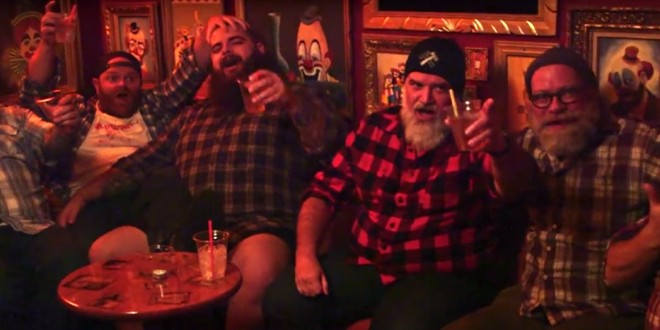 With Bob Mould embarking on a tour in support of his recently released LP Patch the Sky starting April 20th, the former Hüsker Dü rocker has unveiled the new video for his latest single “Hold On.”

The video finds a downhearted Mould wandering around during a dreary day in Portland as strangers approach him – in places like the Tilikum Crossing and a bar filled with similarly statured bearded men – to encourage him to “Hold on to me.”

The uplifting track concludes with Mould rocking out at a low budget American Idol-style talent show, where the judges happened to be the people he encountered earlier in the day. However, it’s soon revealed that Mould daydreamed the whole thing during a pre-gig coffee.