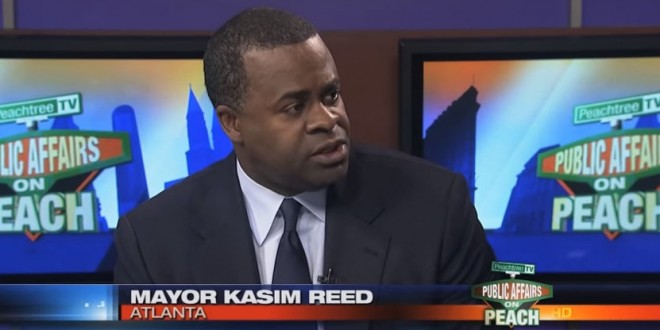 This one is especially noteworthy considering that Georgia nearly got its own anti-LGBT hate law. From Atlanta’s ABC affiliate:

Atlanta’s mayor has issued a travel ban to North Carolina. This comes after controversy over a nondiscrimination bill that some believe allows for discrimination.

Mayor Kasim Reed’s office issued the following statement Monday: “As a result of Governor Pat McCrory’s decision to sign discriminatory and unnecessary legislation into law, effective today I am directing all City departments to stop non-essential, publicly-funded employee travel to the State of North Carolina.

“I extend my support to Charlotte Mayor Jennifer Roberts, who worked to enhance protections for the city’s LGBT population, as well as to the LGBT residents of North Carolina. Every person, regardless of their gender, gender expression or sexuality is a valued member of our community.”

Previous Ivana Trump: If We Don’t Have Immigrants, Who Will Vacuum Our Living Rooms And Clean Up After Us?
Next PWR BTTM Perform For NPR’s Tiny Desk Series [VIDEO]