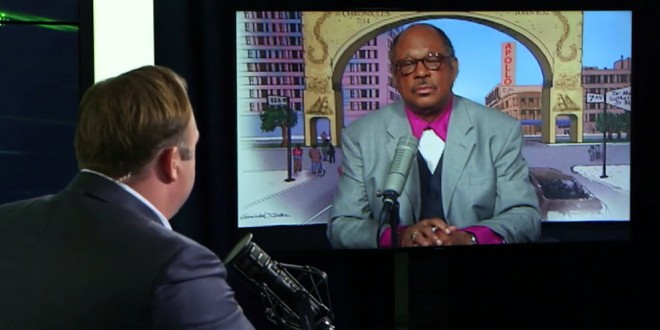 “I’m pro-human so I say, black people, especially, stop killing your kids and get them in church, whatever, take them away from Beyoncé, who wants to eat their brain with the CIA, literally,” Jones said, adding: “Obama literally is the killer of black people and they love him.”

Manning, who said he gave Jones’ statements “three-and-a-half Boom Shakalakas,” said “Beyoncé is going to inspire children all across every spectrum to act in a violent way” while, at the same time, literal demons are “promoting” homosexuality “in our schools and in our institutions.”