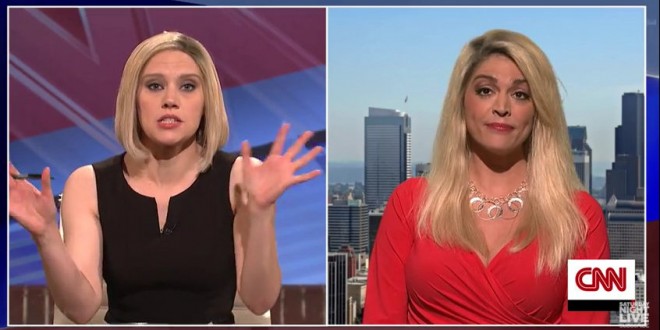 This week’s Saturday Night Live opened, as expected, with a sketch devoted to Republican presidential frontrunner Donald Trump‘s troubles with women, but approached the subject by lampooning colorful Donald Trump supporter Scottie Nell Hughes, who starred in her own bonkers CNN segment this week. In between the repartee’ between SNL‘s Kate Bolduan and the quirky Hughes, the bit also took some direct shots at Trump, including his infamously strange admiration for his daughter.