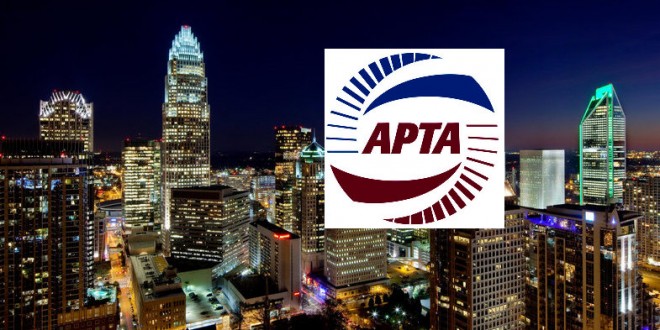 1500 Public Transit Organizations Oppose Hate: We Would Cancel Our Charlotte Convention If We Could

The American Public Transportation Association, which was founded in 1882 and has 1500 member organizations, says they really wish they could cancel their May convention in Charlotte over North Carolina’s hate law, but are unable to nullify their contract. From their statement:

APTA is committed to being inclusive and does not condone discrimination of any kind against anyone who works for, or uses, public transportation. APTA’s long-standing Diversity Policy and our recent LGBT initiative reflect the values we stand by.

The City of Charlotte recently enacted an ordinance to further protect its LGBT residents from discrimination. APTA supports this ordinance and is disappointed that North Carolina’s Governor Pat McCrory took steps to reverse the City’s decision by enacting a statewide ban on such protections.

As a result, there have been calls for a boycott of North Carolina, and some governments have enacted official travel restrictions for their employees. APTA signed contracts to hold our Bus & Paratransit Conference and Roadeo in North Carolina more than four years ago. Unfortunately, we are legally bound to adhere to those contracts.

While we are unable to nullify our contract with the Charlotte Westin and other hotels in use by the conference, we want to ensure attendees that at the conference we will shine the light on the importance of treating all people with respect. We will spotlight the impact and strength that diversity brings to our industry.

APTA will continue to support our members and employees and remain on the side of equality.

We’re hoping that all the city and states with bans on “non-essential” travel to North Carolina will not send representatives to APTA’s convention.