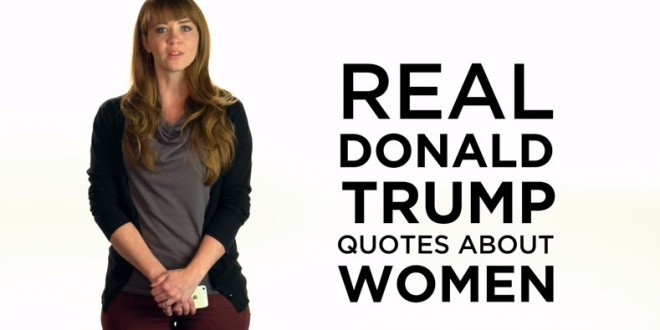 You Have To Treat Them Like Shit: Super PAC Ad On Real Donald Trump Quotes About Women [VIDEO]

A Republican group looking to block GOP presidential front-runner Donald Trump from the nomination is going on-air with an ad showing women reading some of his sharpest knocks on other women. “Bimbo,” reads one woman. “Dog,” reads another. “Fat pig,” reads a third woman, as the ad, “Real quotes from Donald Trump about women,” is introduced. Our Principles PAC, which is led by top staffers to former Trump opponent Jeb Bush, is planning to spend $500,000 on the spot, which will begin running on cable, including on CNN, starting Monday.