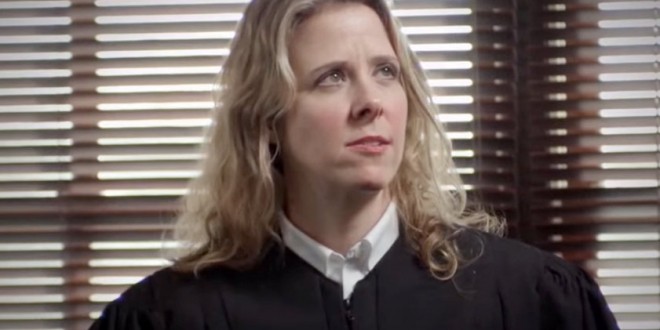 From the Milwaukee Journal Sentinel:

Newly appointed state Supreme Court Justice Rebecca Bradley in student newspaper columns 24 years ago said she had no sympathy for AIDS patients because they had effectively chosen to kill themselves, called gays “queers” and said Americans were “either totally stupid or entirely evil” for electing President Bill Clinton.

In one column, she wrote people were better off getting AIDS than cancer because it would get more funding.

“How sad that the lives of degenerate drug addicts and queers are valued more than the innocent victims of more prevalent ailments,” she wrote.

Also Monday, GOP Gov. Scott Walker acknowledged he was not aware of her columns before appointing her three times to judicial positions. He said it was clear her views had changed.

Bradley declined an interview request, but in a written statement said she was embarrassed about the columns she wrote “as a very young student, upset about the outcome of that presidential election” in 1992, when Clinton first won the presidency.

Another 90s gem from Bradley: “Heterosexual sex is very healthy in a loving marital relationship. Homosexual sex, however, kills.” See more at the link.

Walker appointed Bradley in October after the death of Justice Patrick Cooks. In April voters will decide if she gets a full ten-year term. The first ad below is from the right wing Wisconsin Alliance For Reform. The second clip is a campaign ad from Bradley’s challenger.