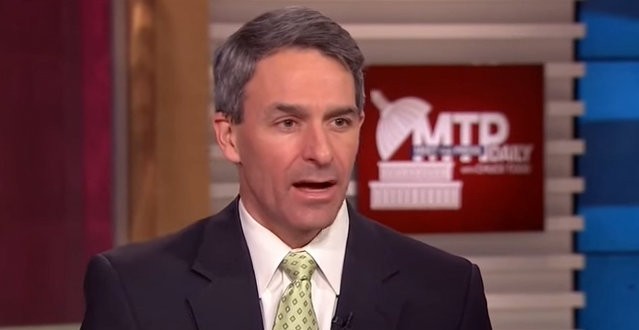 Anti-LGBT former Virginia Attorney General Ken Cuccinelli was yesterday nominated to the Virginia Supreme Court by a state Senate panel. The Washington Blade has some reactions:

Equality Virginia, a statewide LGBT advocacy group, on Tuesday noted that the former attorney general in 2008 described the “homosexual agenda” as “something that I believe brings nothing but self-destruction, not only physically but of the soul.” Cuccinelli two years later recommended Virginia colleges and universities remove LGBT-specific provisions from their non-discrimination policies.

The lesbian, gay, bisexual, and transgender community deserve a justice that respects all Virginians,” said Equality Virginia Executive Director James Parrish on Tuesday in an email to his organization’s supporters. The Democratic Party of Virginia in a press release said Cuccinelli’s record on LGBT-specific issues “makes him unfit for the bench.”

Cuccinelli has been campaigning for Ted Cruz. The full Virginia Senate may consider his appointment as soon as today.