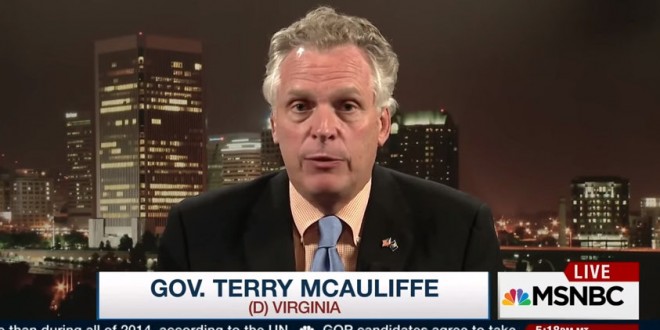 Legislation that has passed both chambers of the Republican-controlled General Assembly says no minister or religious organization can be penalized for acting in accordance with a belief that marriage should be only between a man and a woman.

Democratic Gov. Terry McAuliffe has promised to veto it. The House of Delegates passed the measure 59-38 on Wednesday. The Senate approved it 20-19 last month. Neither vote is sufficient to override a veto.

During debate in the House, Del. Todd Gilbert, R-Shenandoah County, a proponent of the measure, said it would cover institutions such as church-affiliated universities. The state would be barred from withholding grants, contracts, loans, scholarships or accreditation from such institutions based on a policy of opposition to same-sex marriage.

Del. Marcus Simon, D-Fairfax County, said the bill is unconstitutional because it favors one religious viewpoint over others. “We’re establishing a state religion,” he said.

A spokesperson for McAuliffe says that the bill would send “the wrong message” to businesses and families looking into locating in Virginia.