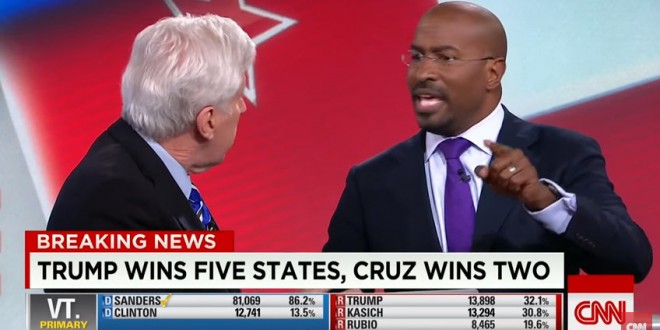 This was definitely the highlight last night on CNN. The Washington Post sets up the clip below:

On the night of a primary, CNN is known for its comprehensive coverage of who won what, flashy graphics, stalling for time and open speculation about what the heck will happen next. Moments of passionate exchange are, perhaps, less common. Yet during CNN’s Super Tuesday coverage, such a moment came when former Obama staffer Van Jones took on former Reagan staffer and Donald Trump supporter Jeffrey Lord in a heated debate about race, the Democratic Party and the Ku Klux Klan.

Watch all of this.