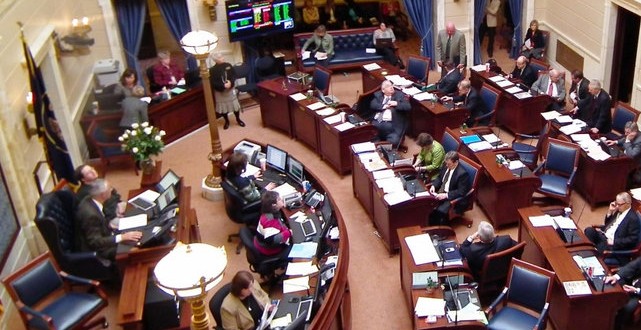 Rusty Andrade was prepared to lose. But it still felt like a punch to the gut Wednesday as he watched, from a seat on the Senate floor, lawmakers vote to kill a proposal to bolster Utah’s hate-crime laws. “It totally feels like a revictimization,” said Andrade, 35, whose 2014 beating by two men shouting gay slurs helped inspire Sen. Steve Urquhartt’s hate-crime bill. “It just re-emphasizes that they don’t see us worthy of protection.” SB107 failed on a 17-11 vote.

Urquhart said senators have made up their minds, and he can see no way to sway the votes. It’s clear, he said, that the opposition from Utah’s predominant religion, The Church of Jesus Christ of Latter-day Saints, ultimately killed his bill, changing at least three votes that would have meant its passage and shutting down the dialogue he would have needed to win back support. “I felt that we were going to pass hate crimes through the process,” he said, “and after their statement, there was really no way.”