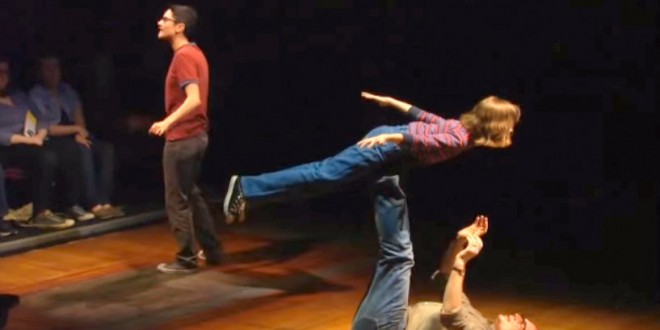 The United States turned to cultural diplomacy on Tuesday to push gay rights at the United Nations by taking 15 U.N. ambassadors, including those from Russia, Gabon and Namibia, to see an award-winning lesbian musical on Broadway.

Samantha Power, the U.S. Ambassador to the United Nations, said the “Fun Home” coming-of-age production “brings home the challenges that LGBTI (lesbian, gay, bisexual, transgender and intersex) are facing every day around the world.”

“Thank you for bringing this all home in a way that resolutions and statements never can,” Power told the cast during a question-and-answer session after their performance.

According to the United Nations, being gay is a crime in at least 75 countries.