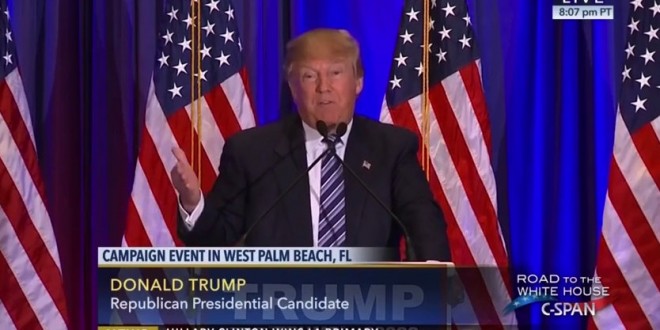 DailyMail.com asked Trump to say whether or not he favors marriage rights for gay and lesbian couples, and whether U.S. Supreme Court justices he might appoint would be expected to work toward overturning ‘Obergefell v. Hodges,’ the 2015 decision that legalized such unions nationwide.

‘We have policy on it. And I’ve said it very, very strongly,’ Trump replied, without saying what that policy is. ‘And I think you know it. And it’s all done and, you know, in a campaign how many times do I have to say it?’

Trump said in January during an interview on ‘Fox News Sunday’ that he wished the high court had left the issue to the states to resolve, and concluded that he ‘would strongly consider’ appointing justices to overturn the ‘surprising’ Obergefell decision.

That answer allowed him enough room to maneuver in a Republican primary full of rivals on the religious right, without saying unequivocally that a President Trump would work to reverse the Supreme Court.