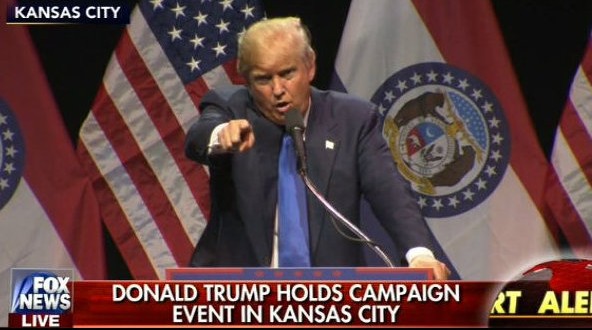 Dimassimo, a student at Wright State University in Dayton, has been an avid supporter of the Black Lives Matter movement and Vermont Senator and presidential candidate Bernie Sanders on social media. He has also taken part in rallies and protests in the past, including a rally at Wright State in April 2015, when he was recorded dragging an American flag.

He captioned the video, “Students at Wright State University #NotMyFlag protest. The protest occurred to stand in solidarity with the symbolic actions of Eric Sheppard.” Sheppard, a student at Valdosta State University in Georgia, who created national controversy by standing on the American flag during a protest at his campus.

Video from the Wright State protest appears to have been used in a hoax ISIS video, which was uploaded to YouTube last year. The original video has since been deleted, but has been reuploaded. The video seems to have been created by a troll, the same person who started a Facebook page called “Tommy dimassimo wasn’t hugged enough as a kid.”

The Arabic caption on the original video appears to be a joke, including a phrase that roughly translates to saying Dimassimo thought he’d be a big man by standing on the American flag, but really has a small penis. There is no indication that the video was created by ISIS or that Dimassimo is an ISIS supporter, although the video is being used by Trump fans to claim he is.

USSS did an excellent job stopping the maniac running to the stage. He has ties to ISIS. Should be in jail! https://t.co/tkzbHg7wyD?ssr=true