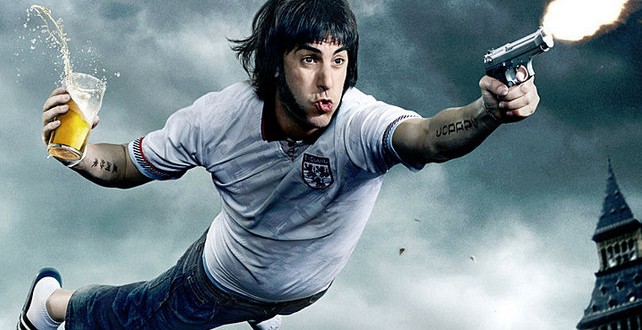 Audiences at screenings around the world, and some even in the United States, have been cheering and applauding a macabre scene in a new film by Sacha Baron Cohen in which “Donald Trump” accidentally contracts HIV.

“The Brothers Grimsby” opens March 11 in the U.S., though chances are you’re learning that for the first time here, given a decision by Sony Pictures to limit its marketing of the satiric comedy. The studio is concerned about the reaction from the real Donald Trump, according to industry sources familiar with the situation.

At the film’s world premiere in London last week, the Daily Telegraph reported that the Trump moment was met with “loud cheering.” The Metro newspaper called it a “massive cheer.” A viewer at a different screening tweeted, “Went to watch Grimsby and the whole cinema clapped when Donald Trump got given AIDS in it.”

Elsewhere in Europe, there were standing ovations. The joke, done in Baron Cohen’s standard over-the-top style, is proving cathartic to overseas audiences terrified by Trump’s rise.

Back at Sony’s Hollywood headquarters, however, there has been much less enthusiasm about the scene in question. Three industry sources said that Sony had made its displeasure clear and pushed to remove the scene, but that Baron Cohen, in a rare deal for a producer-actor, has final authority over the film.

It will be interesting to see how US-based HIV/AIDS groups respond.

Previous Tony Perkins: Gay Musicals Are Sexual Propaganda
Next Red-Caped Catholic Loons: We Won’t Come Back To CPAC If Log Cabin Republicans Are There Again