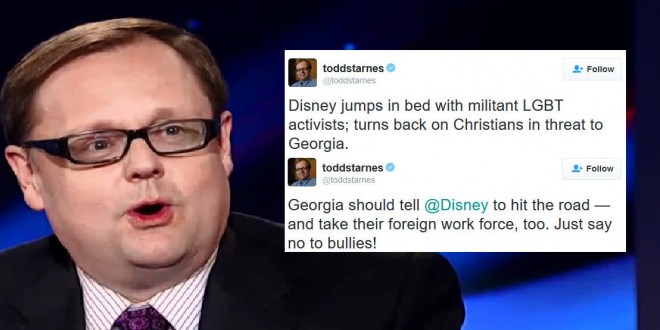 Todd Starnes Has The Disney Sadz

Yesterday Disney vowed to take its film production out of Georgia if Gov. Nathan Deal signs his state’s anti-LGBT “religious liberty” bill and this has Todd Starnes ever so pissed. Disney’s Marvel Comics division has filmed several recent blockbusters in the Atlanta area due to the tax breaks the state grants to movie studios.