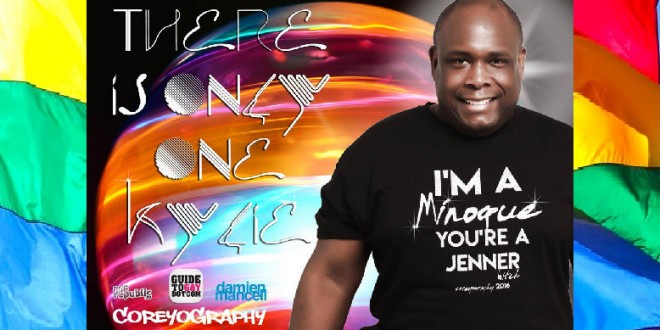 Kylie’s ridiculous battle with that Jenner girl has jumped up a notch this week, with Sydney’s Gay and Lesbian Mardi Gras participants and global celebs going all out to show their support for Ms Minogue.

The “I’m A Minogue – and you are a Jenner – bitch” campaign has taken off on social media and with celebs in town for this weekend’s festivities.

Spearheaded by NYC based, International Superstar DJ, Corey Craig and fabulous pop singer, Damien Mancell, the campaign has gone viral on social media and its even reached the t-shirt stage. Yes, that’s right… t-shirts people!!! You KNOW its bloomin’ serious.

Other Mardi Gras headliners are reportedly wearing the shirt.