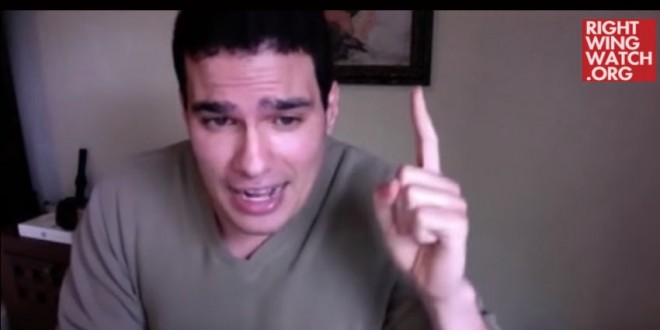 A few weeks ago I reported that Christian activist Ted “Death To Gays” Shoebat had agreed to debate fellow anti-LGBT Christian activist Michael Brown over Shoebat’s claim that Jesus himself would have beaten homosexuals to death. That debate happened yesterday and Right Wing Watch has the details:

When Brown asked him point blank if he thinks it is a good thing when militant Christian activists go out and physically attack activists marching in gay pride parades in other countries and whether he’d like to see the same thing happen here, Shoebat was unequivocal.

“I’ll give you a short answer,” he said. “To the first question: yes; to the second question: yes, absolutely.” Shoebat said that physically assaulting gay activists was theologically justified and praised the nations where it takes place, saying that “I wish America had this stuff.”

When Brown asked Shoebat his thoughts on an incident in Israel last year in which six people were stabbed by an anti-gay militant during a gay pride parade and one young woman died, Shoebat said that “it really doesn’t bother me, to be honest with you.” “They see it as protecting their society from this invasion,” he said, “and it is an invasion.”

RELATED: When the debate was announced last month, Shoebat’s father posted a bizarre attack against your truly (“the sodomite blasphemer”), claiming that I had tricked anti-gay Christian activists into referring to me as their god. Because of my Twitter handle.