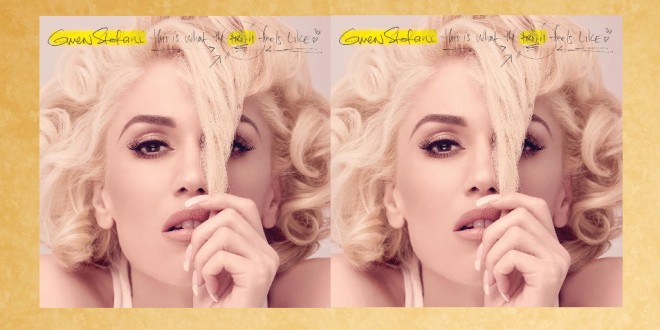 We haven’t done a Swag Tuesday in a while so let’s take a break from all this serious bidness and give away copies of the new Gwen Stefani album, This Is What The Truth Feels Like, which is available today on iTunes and at Target. NME has a review:

Twenty-one years later and her second journey into splitsville is an altogether glossier and more redemptive affair. Stefani – who’s now happily dating country singer Blake Shelton – channels her heartache into soaring studio pop. Chrvches-lite opener ‘Misery’ sees her waggling a finger at Rossdale for his philandering ways: “You’re in so much trouble” she scolds, before the candy-coated future-disco beats kick in.

Over the album’s 12 tracks, Stefani doesn’t mope once – in fact, a lot of the time she sounds like she doesn’t give a shit. ‘Where Would I Be’ and ‘Send Me A Picture’ say it with Disney dancehall, while ‘Me Without You’ is the closest she comes to balladry, singing “I don’t need you/not a little bit” over polished trip-hop. The standout ‘Asking 4 It’ even features the distinctive drawl of ‘Trap Queen’ rapper Fetty Wap, backing up her nonchalant divorcée swagger. We can’t wait for the Blake Shelton break-up record, c.2037.

We have five physical copies to give away. Enter to win by commenting on this post. Winners will be randomly selected and notified via Disqus on Thursday. If you aren’t a registered Disqus user, you can leave an email address.