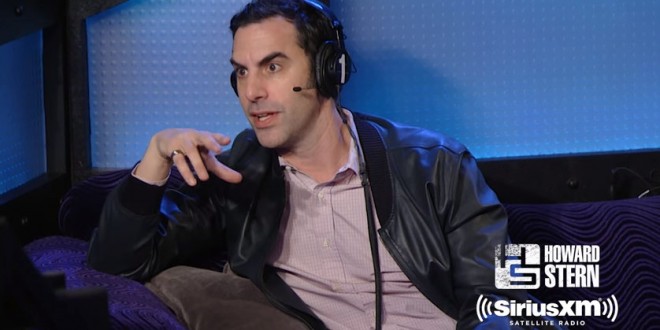 Sacha Baron Cohen appeared on Howard Stern’s show yesterday to explain that he quit the Freddie Mercury biopic because the surviving members of Queen plan to depict Mercury’s death at the movie’s halfway point and spend the rest of the film telling the story of the band struggling on. According to Cohen, nobody will be interested in that. From Stereogum:

Mercury’s bandmates also had some, shall we say, unconventional ideas about how the biopic should be structured. “[After] my first meeting,” Cohen says, “I should never have carried on because a member of the band — I won’t say who — said, ‘This is such a great movie, because such an amazing thing happens in the middle of the movie.’ I go, ‘What happens in the middle of the movie?’ He goes, ‘Freddie dies.’ I go, ‘So you mean it’s a bit like ‘Pulp Fiction,’ where the end is the middle and the middle is the end? That’s interesting.’ He goes, ‘No no no.’ So I said, ‘Wait a minute. What happens in the second half of the movie?’ And he said, ‘Well, we see how the band carries on from strength to strength.’ And I said, ‘Listen, not one person is going to see a movie where the lead character dies from AIDS and then you carry on to see [what happens to the band].’”

A much longer audio clip of the interview is here. Cohen does say that he understands that Queen wants to protect their legacy.

Previous Carly Fiorina Endorses Ted Cruz
Next The Other Wachowski: I’m Transgender Too