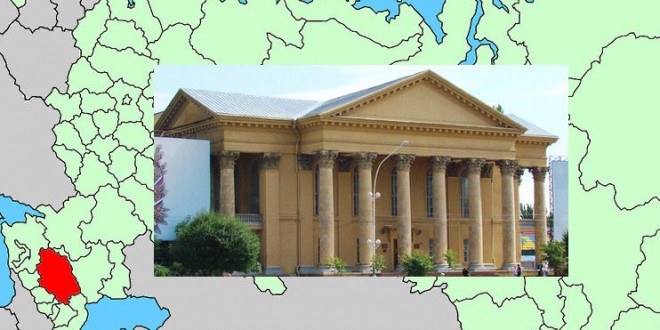 RUSSIA: Man Faces Year In Prison For “Offending Believers’ Feelings” By Denying The Existence Of God

Russian faces up to a year in prison for saying “there is no God” during an argument on social media, his lawyers said Wednesday. Viktor Krasnov also wrote the “Bible is a collection of Jewish fairy tales” during the discussion on European social networking site Vk.com in 2014, lawyer and human-rights activist Pavel Chikov posted on his Facebook page.

Krasnov, whose offending posts have been deleted, is on trial in his native city of Stavropol in southern Russia, according to the local magistrate’s website. Charges were filed in the fall of 2015 and the trial began on Monday, according to his lawyer.

Russia’s Investigative Committee — the equivalent of the FBI — charged Krasnov with “offending believers’ feelings,” which was criminalized in Russia after a notorious performance by punk band Pussy Riot in Moscow’s Cathedral of Christ the Savior in February 2012. Two band members were jailed in 2012 for performing an anti-Vladimir Putin song at the cathedral.

Krasnov was also subjected to a “month-long psychiatric check” which found him sane.