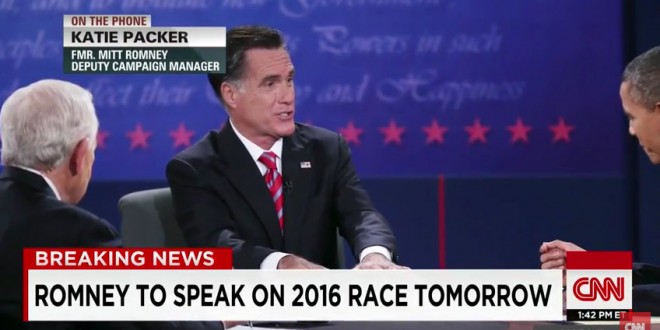 Romney To Speak Out On Raging GOP Dumpster Fire

Mitt Romney, the 2012 Republican presidential nominee, plans to give a major address Thursday about the state of the current presidential race that has consumed the GOP with chaos.

Romney, who briefly considered running again before announcing last January that he would take a pass, plans to deliver remarks Thursday morning at the University of Utah’s Hinckley Institute of Politics in Salt Lake City, where he has a home.

Romney’s appearance comes at a critical juncture for the Republican Party, with Donald Trump’s march to the nomination setting off alarm among party leaders who fear that he would lose the general election and tarnish the party’s brand for a generation.

It’s not too late to run, Mittens!