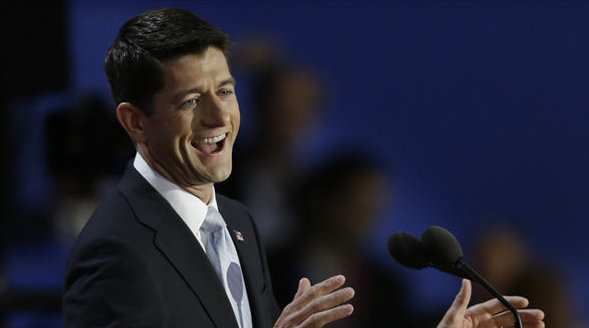 Paul Ryan On Trump’s Threat Against Him: #LOL!

House Speaker Paul Ryan said he “laughed out loud” at Donald Trump’s Super Tuesday comment that the Wisconsin Republican would “pay a big price” if he couldn’t work with him.

“Sometimes, reality is stranger than fiction around here these days,” Ryan told reporters at his weekly press conference. The speaker said he watched Trump’s comments from his office. Trump did not elaborate on his Ryan comment.

Ryan has publicly rebuked Trump twice during this presidential nomination contest. First, for calling for a ban on Muslims entering the U.S., and then this week for Trump’s failure to distance himself quickly enough from white supremacists who support his campaign. Trump stated he disavowed those groups.