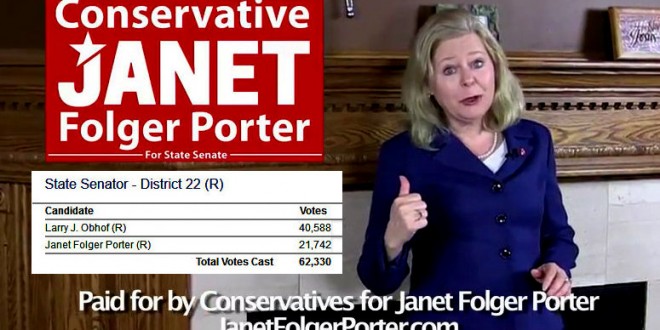 Loony tunes hate group leader Janet Porter, creator of the anti-LGBT documentary starring Ted “Kill The Gays” Shoebat, was destroyed by her GOP incumbent opponent tonight in her bid for the Ohio Senate. Porter attacked her opponent’s bill for a state license plate which celebrates baseball by saying this: “There’s 100,000 Ohio kids who will never play baseball because their bodies are in a landfill somewhere because Larry Obhof refused to protect them with the [anti-abortion] heartbeat bill.” Watch below. Porter was endorsed by Mike Huckabee, who also appears in her anti-LGBT film.