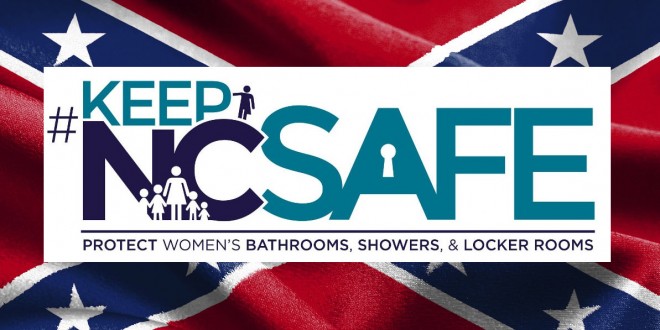 “While business owners in other states have received criticism and have even been forced out of business for standing up for common sense, hundreds (334) of North Carolina business owners have signed on to a letter thanking Governor Pat McCrory and the General Assembly for passing a law affirming the privacy and safety of businesses, women, and children to live and work in accordance with their deeply held beliefs.These businesses support and applaud Governor McCrory for supporting women and children, over being politically correct.

“North Carolina is consistently one of the top five states in the nation for business and economic growth. Any businesses threatening to not do business in our great state based on dishonest attacks by opponents of women’s and girls’ privacy and safety are only hurting themselves. Thanks to Governor McCrory and the General Assembly’s leadership and immediate action to ensure North Carolinians’ privacy and safety receives maximum protection, North Carolina will continue to flourish. It would be a shame for any companies to miss out on that simply because they believe men should be allowed into locked rooms with girls and women.

“Due to vocal threats and bullying from the LGBT community, some business owners feared for the well-being of their business and families. For this reason, some preferred to remain anonymous by name, however, here is a list of timestamped signees with industry indication for those who have signed on, thus far, showing the incredibly large outpouring of support for the passage of HB2 on the North Carolina business community.”

Unsurprisingly, the list of companies willing to go public is mostly peppered with names like Prayerful Touch Massage, Heaven’s Best Carpet Cleaning, and God’s Glamorous Girls (whatever THAT might be).

NOTE: One very recognizable name on the list is the Winston-Salem based apparel behemoth Hanes Brands. But before anybody tears up their tagless tees, I’ve had a chat with Hanes Brands communications director Matt Hall, who assures me that the company is definitely NOT part of the NC Safe Coalition. Hall tells me that their listing apparently comes via a low-level employee who is now “mortified” – probably most of all because he’s been called on the carpet by his bosses. Hanes Brands has told NC Safe to remove their name from the list, but that has not yet happened at this writing. Hall also wisely points out that Hanes may not be the only company wrongly pushed onto the list by a zealot staffer.