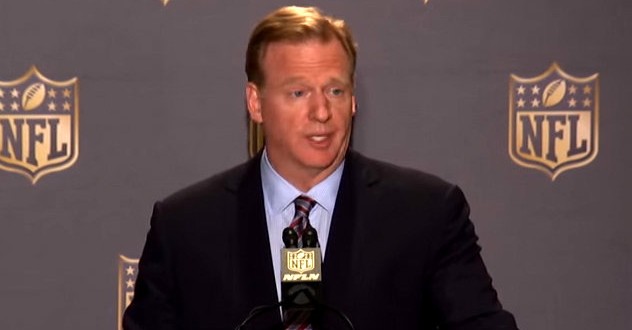 NFL To Georgia: No Super Bowl For You Unless Governor Vetoes Anti-LGBT RFRA Bill

BOOM. From the Atlanta Journal-Constitution:

If Georgia chooses to turn the “religious liberty” bill into law, be prepared: Atlanta may not get a Super Bowl. That was the suggestion from the NFL on Friday when the league released a statement in response to The Atlanta Journal-Constitution’s question about whether the league had any position on Georgia House Bill 757.

The statement from league spokesman Brian McCarthy reads, “NFL policies emphasize tolerance and inclusiveness, and prohibit discrimination based on age, gender, race, religion, sexual orientation, or any other improper standard. Whether the laws and regulations of a state and local community are consistent with these policies would be one of many factors NFL owners may use to evaluate potential Super Bowl host sites.”

Falcons owner Arthur Blank has hoped to land multiple Super Bowls in the team’s new stadium, which is scheduled to open in 2017. The NFL has previously moved a Super Bowl from Arizona to the Rose Bowl near Los Angeles in the 1992 season after that state refused to recognize the Martin Luther King holiday.