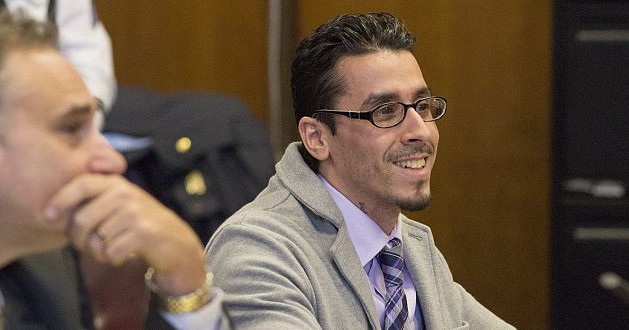 This is an interesting development. The New York Post reports:

A killer who shot a man on a Manhattan street after hurling gay epithets has a longtime transsexual lover who insists the defendant is no bigot. Elliot Morales, acting as his own lawyer for the hate-crime slaying of gay stranger Mark Carson, called as his first witness a former flame whom he’d met online.

The 38-year-old transsexual woman, using the pseudonym Jane Smith, testified from behind a curtain in Manhattan Supreme Court that she and Morales, 36, had a physical relationship on and off for 10 years.

“In your experience and personal knowledge, do you believe Elliot Morales is a person who hates gays?” Morales asked the pre-op transsexual, who does HIV testing in a clinic that caters to the LGBT community. “Absolutely not,” she answered. The woman said she met Morales after he responded to her dating profile that stated, “Transsexual woman looking for a man.”

Morales maintains that he was too drunk to have formed the intent to kill and therefore the murder was not a hate crime. He faces life in prison.