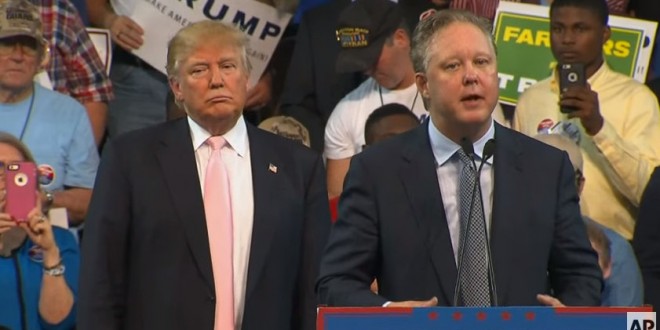 And a bunch of star drivers too. Politico reports:

NASCAR CEO Brian France endorsed Donald Trump at a rally in Valdosta, Georgia — one day ahead of all-important Republican primary contests across the South.

“I’ve known Donald for over 20 years,” France said. “I’m going to tell you one thing: You know about his winning and success. He wins with his family. Any of his children, you’d be proud to have in your family. That’s how I judge a winner.”