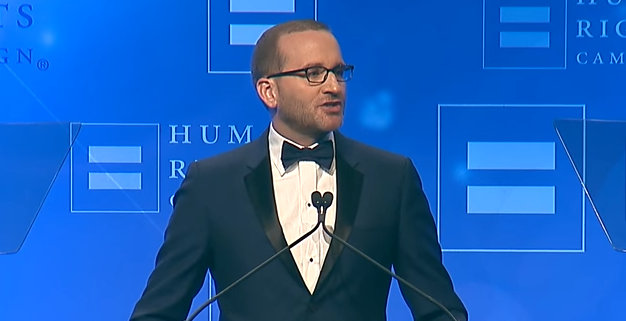 Michelangelo Signorile today blasted the HRC for its endorsement of GOP Sen. Mark Kirk. He writes:

The simple truth is that in 2016 in Illinois we don’t need Mark Kirk — he needs us. Kirk is in a deep blue state and he absolutely must support full LGBT equality in order to win. His coming out for the Equality Act is not brave; it’s about his own survival. And the first vote he’ll take upon winning back his seat will be a cowardly one to make the anti-gay McConnell (with an HRC score of 0) the Senate Majority Leader again.

There’s no question that the Democrats’ path to taking back the Senate very much includes defeating Kirk, who is in the bluest state among those where GOP senators are embattled. So HRC’s action does raise questions about how committed the group really is to seeing the Democrats take back the Senate, and if it perhaps has conflicting interests. Daily Kos’s David Nir surmised that HRC’s Kirk endorsement is all about keeping “donations flowing from corporations and wealthy gay Republicans,” and he may be on to something.

If HRC is not answerable to LGBT people, however — and its president, Griffin, rarely even gives interviews to LGBT media, while speaking often in the larger media — exactly to whom and what is it answerable, and what are its true priorities? One thing is clear: HRC doesn’t speak for the LGBT community, and the sooner that politicians and those in the media grasp that, the smarter they will be.

NOTE: I can personally attest to Signorile’s point about Griffin and LGBT media. Shortly after Griffin left the American Foundation for Equal Rights to head the HRC, his handlers declined my repeated attempts to interview him for what would have been the cover story for the 2012 issue of Pride Magazine.