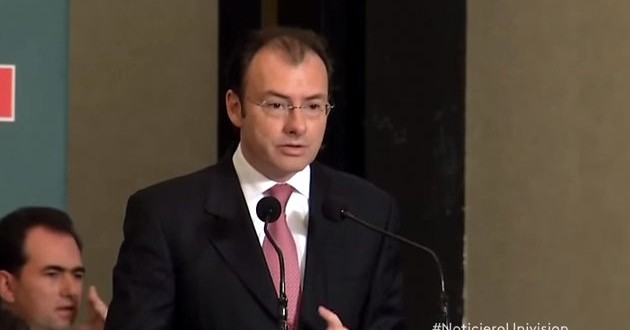 Mexican Government: We’re Not Paying For Any Wall

The Mexican government has made his first direct response to Donald Trump’s pledge to build a wall along the two countries’ border — and make Mexico pay for it.

Mexican Treasury Secretary Luis Videgaray says “emphatically and categorically” that his country isn’t going to foot the bill for the project proposed by the Republican presidential hopeful.

Videgaray told Milenio television late Wednesday that “Mexico will under no circumstance pay for the wall that Mr. Trump is proposing.”

The wall proposal has been criticized widely and fiercely in Mexico, but the government itself has tried to avoid commenting directly on the issue until now.