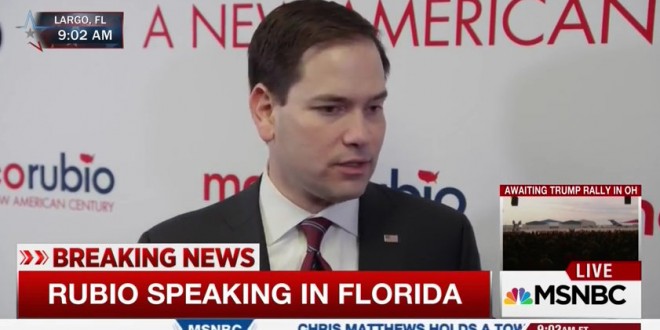 Marco Rubio on Saturday said he is no longer sure he can support Donald Trump should he become the GOP presidential nominee following the protests and unrest sparked by a planned Trump rally in Chicago.

“I don’t know,” the Florida senator said, pausing in despair, after being asked directly if he stands by his pledge to support Trump if he’s the party’s nominee. “I already talked about the fact that I think Hillary Clinton would be terrible for this country, but the fact that you’re even asking me that question … I still at this moment intend to support the Republican nominee, but … it’s getting harder every day.”

The Florida senator, desperate to win his home state’s primary Tuesday to stay in the race for the Republican nomination, blamed Trump for language that he says is fostering a climate that has the country “careening toward chaos and anarchy.”