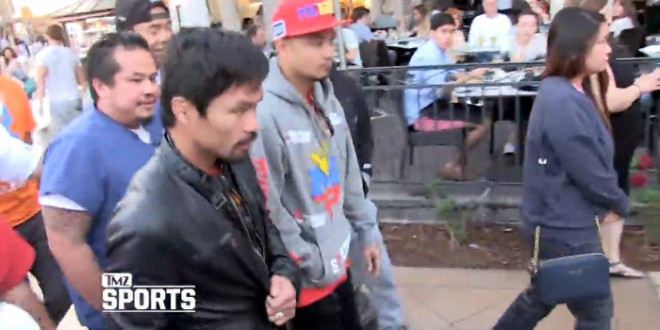 The battle between The Grove and Pacquiao started in 2012 … when Manny was banned over an interview in which he reportedly quoted a Bible verse that called for the death penalty for gays. The Grove later reversed the ban when it learned Manny had been misquoted. Fast forward to this week … when Manny and his 16 person entourage hit the center for a movie in the wake of his newest round of anti-gay statements, which include saying gays are “worse than animals” and posting the “gays should die” Bible verse on his Instagram. “These are statements of hatred,” Grove owner Rick Caruso tells us. “A lot of people from the gay community come to The Grove and they have a right not to feel uncomfortable. Manny Pacquiao is no longer welcome.”

Pacquiao is running for the Philippines Senate. The election is May 9th.