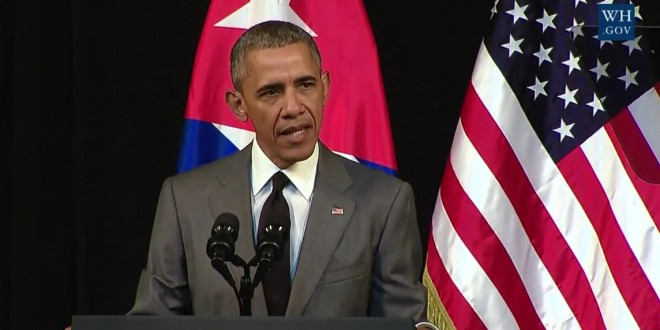 President Obama is due to address the Cuban people from Havana this morning. He will begin with a statement about today’s terror attack in Brussels. Watch below. The speech will begin shortly. UPDATE: The president expressed solidarity with the people of Belgium and vowed to work with their government to bring today’s attackers to justice. He is now delivering the speech already planned. UPDATE II: I’ve replaced the live stream with a recording of the speech.