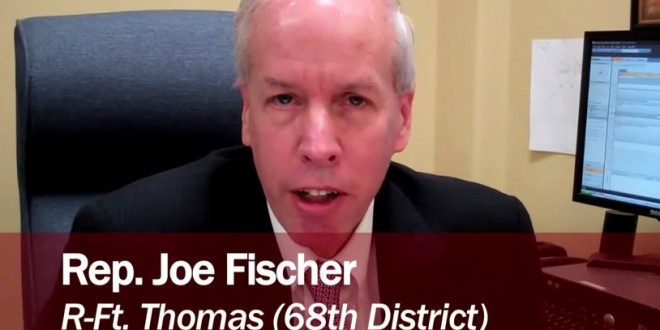 Kentucky GOP state Rep. Joe Fischer thinks he can thwart SCOTUS with a 454-page bill that would replace every reference to “marriage” in state law with the word “matrimony.” And guess who can’t enter into matrimony? “Only a matrimony between one man and one woman shall be valid or recognized as a matrimony in Kentucky.” Zack Ford reports at Think Progress:

The bill is over 450 pages long because, once it defines “matrimony,” it proceeds to add the term throughout all of Kentucky law. For the statutes that define the basic parameters of marriage, duplicate language is added defining “matrimony” by the exact same parameters. But anywhere that the law outlines a privilege, benefit, or responsibility previously made available to marriage, the word “marriage” is replaced by the word “matrimony.”

For example, the bill amends Kentucky statute 216.515, which addresses the rights of residents of long-term care facilities. Where that law grants married residents the right of private spousal visits as well as the right to a shared room with their spouse if they both live in the same facility, HB 572 replaces the word “is married” to “has entered into matrimony.” Thus, the law would only apply to married different-sex couples, not married same-sex couples.