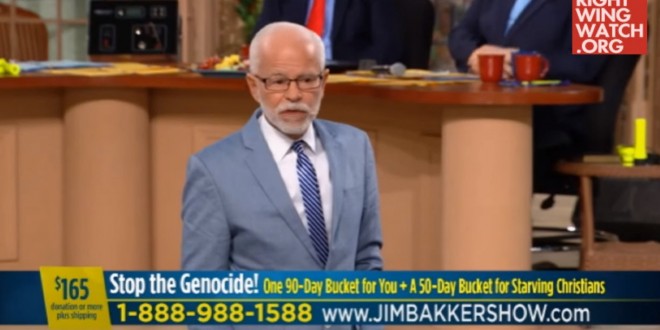 “One of the most popular politicians right now is a socialist. And who is his biggest following? The young people of America, from the colleges. Maybe you understand a little bit what it felt like to live when Hitler was reigning and the church had to sit by and keep watching it and watching until millions, tens of millions — they had to build factories to kill people.

“All it takes is a couple bombs and all of America will be dead within a year, less than a year, just months. I can’t tolerate this much longer. I can’t tolerate it.” – Scamvangelist Jim Bakker, speaking on his show in between selling End Times food buckets.