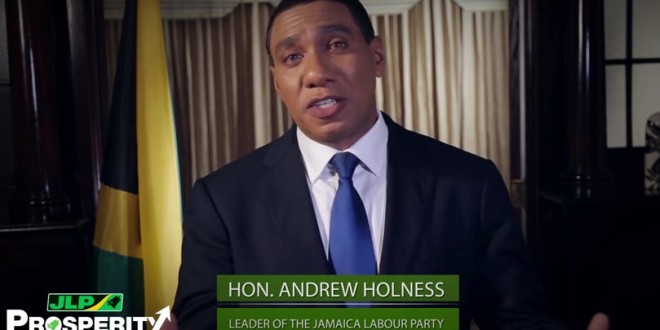 From the Jamaica Gleaner:

Prime Minister Andrew Holness says the government will put key constitutional and social issues to a referendum. Holness made the commitment in his inauguration speech yesterday.

However, he did not name the issues which will be put to a vote by Jamaicans. The JLP has strongly opposed Jamaica’s departure from the United Kingdom-based Privy Council to the Trinidad-based Caribbean Court of Justice (CCJ) as the country’s final court.

The party has insisted that Jamaicans should have a say in the country’s final appellate court and maintained that the matter should be put to a referendum. Holness has said that a JLP government would put the matter of Jamaica amending its buggery law to a referendum.

During his campaign, Holness said this:

Previous TRAILER: Mapplethorpe: Look At The Pictures
Next Michael Bloomberg: I’m Not Running For President Because Doing So Would Benefit Trump Or Cruz