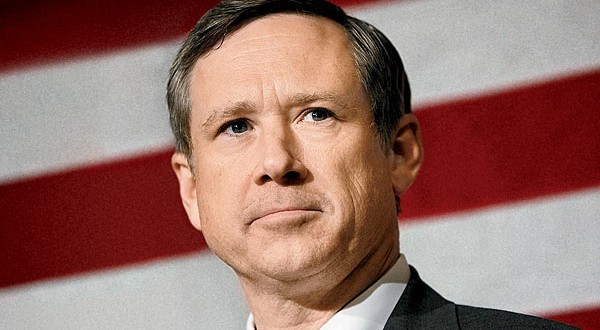 Two weeks ago I reported that the Human Rights Campaign had endorsed GOP Sen. Mark Kirk. For some reason news of the endorsement took some time to trickle into the LGBT-friendly blogosphere and in the last few days criticism has become quite loud, with most angrily pointing out that endorsing ANY Senate Republican in a year when the majority is within the grasp of the Democrats is dumbfounding. Today HRC head Chad Griffin issued a statement in their defense. He writes:

HRC has always aimed to make LGBT equality a bipartisan issue. That’s why HRC is, and always has been, a bipartisan organization. In fact, we have never in our history won a major legislative battle without bipartisan support. Today, that bipartisan support is all the more important when the threshold for passing anything through the Senate is 60 votes. The truth is we need more cross party cooperation on issues of equality, not less.

Senator Kirk has been a strong ally in the Republican Party. He was the first Senate Republican to cosponsor the Equality Act, a critical step towards full federal equality. He was one of fewer than a dozen Congressional Republicans to support marriage equality, and he was also the Republican lead on the Employment Non-Discrimination Act (ENDA). He supported the Matthew Shepard/James Byrd Jr. Hate Crimes Prevention Act. And, the repeal of “Don’t Ask, Don’t Tell” would never have passed the Senate without the leadership of Republican Senators including Mark Kirk.

Still, some have questioned his imperfect Congressional Scorecard rating. But Senator Kirk’s score from the last Congress does not reflect his current co-sponsorship of the Equality Act. And because bills in the House and Senate have differed, comparing his rating to a House Member’s is apples to oranges.

At a time when many in his party are trying to roll back our rights or shy away from LGBT issues, Senator Kirk has worked to move the GOP toward equality. We must reward that kind of leadership from a Republican in the Senate. I wish we had more of them.

If you are still unconvinced that HRC did the right thing supporting a Republican incumbent Senator who has championed LGBT equality time and again, I will leave you with this thought. After Sen. Kirk suffered a stroke in 2012, he faced months of rehabilitation, and was unable to participate in many votes in the Senate. In November, 2013, he walked up the steps of the Capitol, and his first speech was about the need for the Employment Non-Discrimination Act: “I have been silent for the last two years due to a stroke … I have risen to speak because I believe so passionately about enacting the ENDA statute,” he said. Nine other Republicans eventually voted for the bill, which would not have been possible without his leadership.