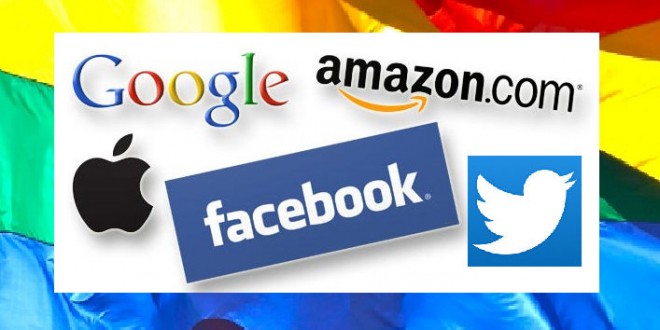 Since HRC joined with lawmakers and advocates last July to introduce the Equality Act in Congress, HRC has continued to build support from the business community. Today, the Business Coalition for the Equality Act launches with 60 leading American companies. With operations in all 50 states, headquarters spanning 22 states and a combined $1.9 trillion in revenue, the companies that make up the coalition employ over 4.2 million people in the United States.

“These business leaders are showing true leadership and fighting to end a shameful status quo that leaves LGBT people at risk in a majority of states for being denied services or fired because of who they are or who they love,” said HRC President Chad Griffin. “We’re proud of all these corporate leaders stepping forward to say that all Americans, including LGBT people, should be able to live free from fear of discrimination and have a fair chance to earn a living.”

A majority of states — 32 states in total — still lack fully inclusive non-discrimination protections for LGBT people, and there are no explicit federal protections against discrimination. Introduced one month after the historic Supreme Court ruling in Obergefell v. Hodges that ushered in nationwide marriage equality, the Equality Act would finally guarantee explicit, permanent protections for LGBT people under our existing civil rights laws. The Equality Act provides clear, permanent and equal protections under federal law for all Americans in vital areas of life, like employment, access to public spaces, housing, credit, education, jury service, and federally funded programs.