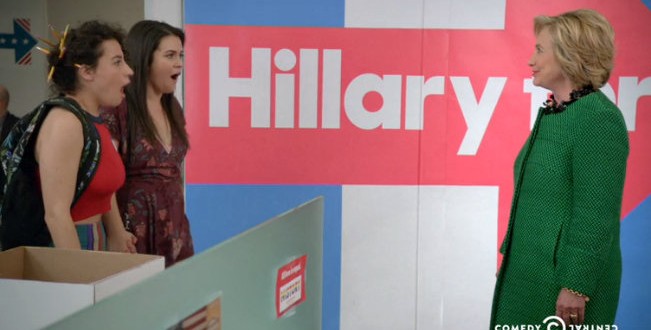 No matter how many delegates Hillary Clinton picks up during Tuesday’s primaries, the Democratic frontrunner will undoubtedly receive a bigger boost among young voters the next night: She’s making a guest appearance episode of Broad City. Comedy Central has released a preview clip of the candidate’s cameo, and — given the extent to which Abbi and Ilana completely lose their minds when they spot the former Secretary of State — it looks like the show will go down as the year’s most deliberately hilarious endorsement.