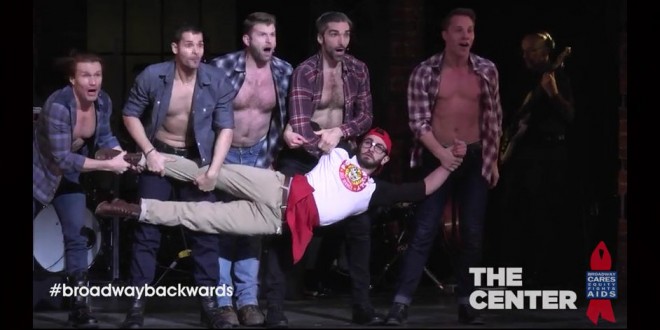 Last night I had the pleasure of once again attending Broadway’s greatest and gayest night, the 11th annual Broadway Backwards, a fundraiser for Broadway Cares/Equity Fights AIDS and the NYC LGBT Center in which show tunes written for women are sung by men and vice versa.

This year’s show broke the Broadway Backwards record, raising nearly half a million dollars. I especially enjoyed Jay Armstrong Johnson’s take on Diamonds Are A Girl’s Best Friend and 2015 So You Think You Can Dance winner Ricky Ubeda in Can That Boy Foxtrot. Broadway Cares will release the full individual performances in the coming days and I’ll post them here.