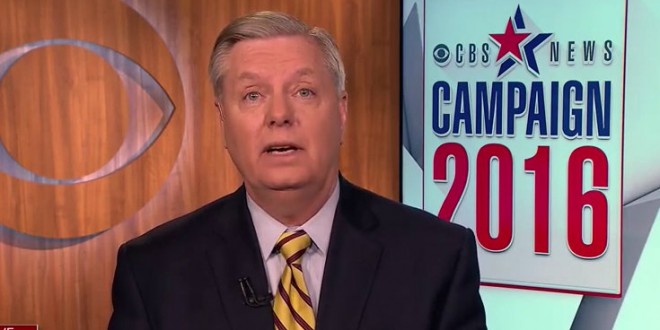 Graham: We Might Have to Rally Around Cruz [VIDEO]

Sen. Lindsey Graham (R-S.C.) says the Republican Party may be forced to support presidential hopeful Ted Cruz in order to stop front-runner Donald Trump. “You know Ted Cruz is not my favorite, by any means,” Graham, who dropped his own bid for the White House in December, said in an interview with CBS. “But we may be in a position where we have to rally around Ted Cruz as the only way to stop Donald Trump, and I’m not so sure that would work.”