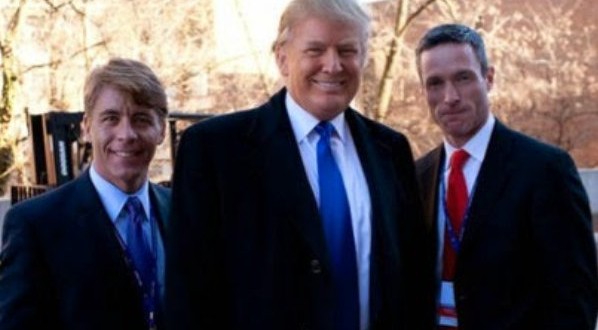 As I recently mentioned here, it was the homocons at GOProud who first gave Donald Trump a foothold in the political world when they sponsored his speech at CPAC 2011. Five years later they say they are EVER so sorry about that. CNN reports:

Trump came to the nation’s capital at the behest of GOProud, a small upstart group of gay conservatives who, in a Hail Mary attempt to make a name for themselves among Republicans, had invited him to be a surprise speaker at the 2011 Conservative Political Action Conference, the nation’s largest annual gathering of right-wing activists.

The speech Trump would deliver to a standing-room-only crowd would help launch his stardom among conservatives and set off a long chain of events that would lead to his status as the Republican Party presidential front-runner just four years later.

This week, Trump is preparing to return to the same conference on Saturday as the Republican front-runner for president. And the two men who helped start it all — GOProud leaders Christopher Barron and Jimmy LaSalvia — are horrified at what they call Trump’s divisive campaign rhetoric and want people to know how much they regret what they helped unleash.

“I’m sorry, America. I helped Donald Trump to give his first speech as a potential candidate,” LaSalvia told CNN in an interview. “And now I’m going to work to make sure he never gives an Inauguration speech.”

“On our side of the aisle, we’re hard-pressed to find celebrities that people get excited about. Democrats have every TV star and movie star,” Barron said. “I thought, let’s do something fun. Let’s make this entertaining and will get people excited. And frankly, it did.”

There’s much more at the link. (Tipped by JMG reader Jim)