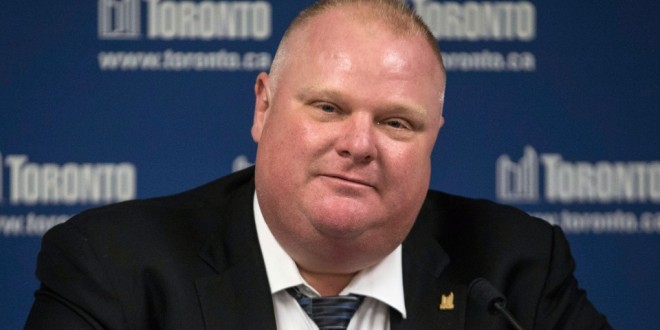 Rob Ford, the former Toronto mayor whose brash political style and admission he smoked crack cocaine while in office made headlines around the world, has died. He was 46. Ford, who was first diagnosed with a rare form of cancer in September 2014, died in a Toronto hospital on Tuesday, his family has confirmed.

He began his political career as a straight-talking, right-wing city councillor focused on stopping the fiscal “gravy train” and ended it known to millions around the world as the “crack-smoking Canadian mayor.” Less than two months before the mayoral election Ford was hoping would see him serve a second term in office, he was diagnosed with malignant liposarcoma in September, 2014.

The rare type of cancer, which arises in soft tissue structures, was found in Ford’s abdomen. He withdrew his bid for re-election in the mayoral race and underwent several rounds of chemotherapy and radiation. But he refused to let cancer force him out of politics altogether. In between chemo treatments, he campaigned to reclaim his old council seat and handily won.