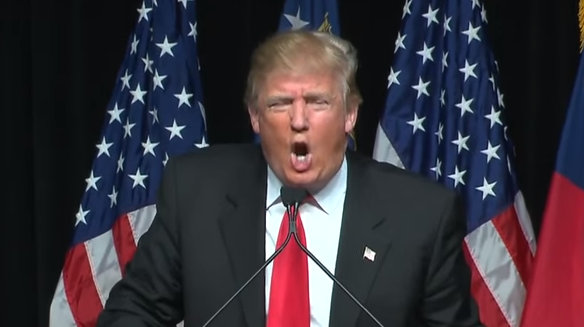 Foreign Governments Freak Out Over Trump

Washington-based lobbyists who represent foreign governments say they are overwhelmed with questions about how a Donald Trump presidency might upend trade, tourism, security agreements, and other foreign policy deals. The Hill reports:

The questions about Trump are “almost all-consuming,” said Richard Mintz, the managing director of Washington-based firm The Harbour Group, whose client list includes the governments of Georgia and the United Arab Emirates.

After a recent trip to London, Abu Dhabi and Beijing, “it’s fair to say that all anyone wants to talk about is the U.S. presidential election,” Mintz added. “People are confused and perplexed.”

The Hill conducted interviews with more than a half-dozen lobbyists, many of whom said they are grappling with how to explain Trump and his unusual foreign policy views to clients who have a lot riding on their relationship with the United States.

“We’re in uncharted territory here,” said one lobbyist with foreign government clients who asked not to be identified. Some lobbyists say they are trying to reassure foreign clients that Trump’s views are not reflective of popular opinion in the United States. But at the same time, they acknowledge that the businessman’s ascent is unlike anything they’ve ever seen.