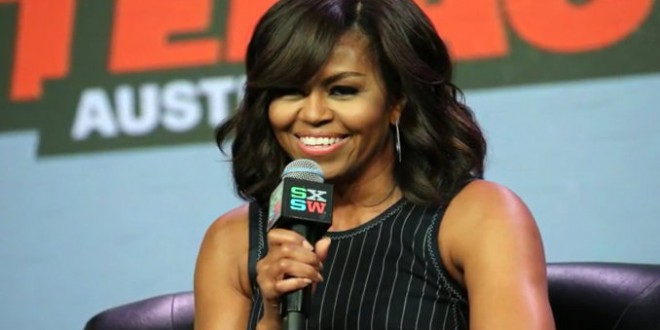 FLOTUS: No White House Bid For Me [VIDEO]

The First Lady says there will not be another Obama in the White House any time in the near future. Via The Hill:

“I’m going to continue to work with our young people all over the world,” the first lady said onstage during a conversation with rapper and actress Queen Latifah at the South by Southwest festival on Wednesday.

“Not as president. I will not run for president,” Obama continued when asked if she would ever run try to become commander in chief. The executive mansion resident cited daughters Malia, 17, and Sasha, 14, as two reasons she wouldn’t seek the office currently held by her husband.

“I’ve got these two young people at home,” said Obama, 52. “And being the daughters of the president, just think of that? They’ve handled it with grace and with poise.”